Home » The Blog » That tricky question of ‘polish’ in career coaching 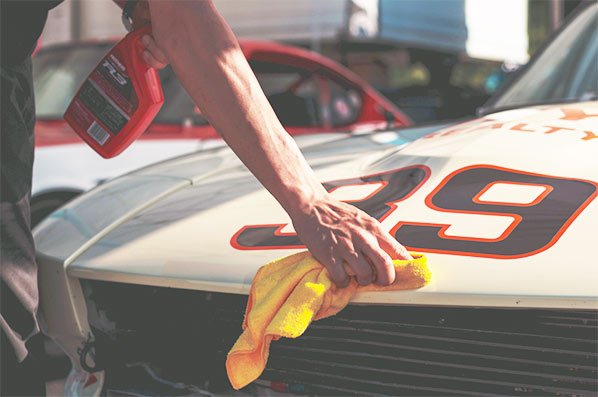 The BBC programme How to break into the elite https://www.bbc.co.uk/iplayer/episode/m000772n/how-to-break-into-the-elite asks good questions about why it is that so many of the most senior jobs still go to people from fee-paying schools. In one of the most telling interviews, Dr Louise Ashley, an expert in how social exclusion happens, explains that many employers prefer candidates with what they call ‘polish’. But what is ‘polish’? No surprises here: ‘polish’ turns out to be our old friends accent, clothing, manners and the elusive air of confidence that you get when you know that you have got all of these things right. As Dr Ashley says, elite employers ‘want people who look and sound reassuringly expensive’.

The programme concludes that the British class system is alive and well and begs us to consider how class prejudice is handicapping social mobility.

In my new book, Coaching for Careers, out this month, I discuss how coaches can make a difference here. Let’s first get out of the way that indignation which says, as the BBC programme does, that these things should not matter. Of course they should not, we should be judged on what we can do not on superficialities such as what we wear or our accents. But the fact is that we are so judged. When I have been an interview panel member or assessor myself, I have many times heard employers justify their proposed rejection of a good candidate on the grounds that ‘they wouldn’t sound/look right if you put them in front of our clients’.

As coaches, when we are working with clients on how to undertake job search and how to prepare for an interview, we do them no favours when we are too afraid of causing offence by raising these topics.

Let’s say you notice that the client pronounces the word something as somethink. This may be complicated further by saying the word as somefink, as, for instance, many Londoners do.  Everyone will know what they mean, so there is no ambiguity about what they are saying. But this is a give-away about social origins. The more affluent and ‘professional’ your background, the less likely you are to say somethink or somefink.

I worked a few years ago with a senior executive who had suddenly lost his job as a result of a reorganisation. I noticed immediately that he pronounced some common words in unconventional ways.  Among many other examples, the word something he pronounced sun-thin, think was fink, nuclear was nucular, prescription was perscription and etcetera was eckcetera, disastrous was disasterous. Since I noticed it immediately, I assumed that any recruiter would do the same.

This client was at risk of being rejected on grounds that would most probably never be mentioned to him. This was because to mention it would lay the recruiter open to charges of discrimination and prejudice and also because people quail at having to say something so personal and have no idea how to do it in a way that is not hurtful or humiliating.

None of this applies to the privacy of the coaching room where it will be clear to the client that your only purpose is their success. I did raise it with this client. I used a respectful feedback protocol; I used it with warmth, describing what I had noticed. I described the received pronunciation (RP) way of saying all these words. I stressed that it was the client’s decision whether to take any notice of my feedback and asked him for his response.

The client told me that as a young child he had been deaf for the two of the vital years where language is acquired followed by another year when medical treatment meant that he missed a lot of school. He described growing up in a humble home, making his way through scholarships and hard work to a first class degree at a good university. For whatever reason, he had heard those words this way. But no one – not his wife, his children, his colleagues nor any boss – had ever pointed out that he could be handicapping his own career by the way he spoke, though most of them must have been well aware of it. We agreed that he would practise RP with me and that I had absolute freedom to point out any lapses because four decades of speaking in a particular way are not going to change themselves overnight.

Recruitment is largely a middle class affair. Choices are made by those who, like it or not, prejudiced or not, want to appoint ‘people like us’. This means that clients should avoid visible tattoos, studs and piercings, chewing gum, intrusive jewellery, too much naked flesh or inch-long fake nails.

Clothing also matters: it is another signifier of status. A client whose clothing looks cheap or shabby will not impress a recruiter in an organisation where looking ‘polished’ is considered essential. I see the impressive difference this can make in the work I do as a volunteer interview coach for the wonderful charity Smart Works (www.smartworks.org.uk) where our women clients have often been unemployed for a long time or have applied unsuccessfully for many jobs in the past. Before their interview coaching session with someone like me, they get the friendly attention of two professional volunteer stylists who pick out a high quality outfit from our vast stock of donated clothing, often brand new, to wear for the interview and then to keep. The transformation never fails to astonish me. Now they look the part, and equally importantly, they feel the part. They stand taller, make better eye contact, smile more and give a firmer handshake. No wonder roughly two thirds of them get the job.

For recruitment to very senior jobs, the question ‘is he or she one of us?’ is often extended to include an apparently ‘informal’ meal. In reality this can be another way of checking social status so it is worth asking clients how they feel they might perform here.  Are they comfortable about what cutlery to use? Do they know the subtle difference between holding your knife like a pen or grasping it at the handle? Where do they put their elbows when they eat? How would they eat spaghetti?  Which way do they push the spoon when tackling soup? ‘Manners’ are entirely a matter of tribal custom so if you want to belong to the tribe you must do what the tribe does, irritating though it may be to have to conform.

As coaches we may be the only people in the client’s world who are prepared to enter this territory. For this reason alone we should not duck it – it’s part of our duty of care. Don’t be afraid to offer feedback: the client’s job offer may depend on it.

The Queen arrived at my door. She stood there, a sturdy figure, wearing an elegant pale blue coat, a jaunty hat in matching blue with one of her Launer handbags looped over her left wrist. I didn’t invite her in,... END_OF_DOCUMENT_TOKEN_TO_BE_REPLACED

So you got the job and you’re now Director, or VP, or Chief Officer for – whatever. Congratulations! I’m delighted when coaching clients get that promotion. But it’s no surprise when about six months later they reappear in my coaching... END_OF_DOCUMENT_TOKEN_TO_BE_REPLACED

It’s a first supervision session for this coach and I’m exploring how her early life shaped her adult beliefs and behaviour. She looks dubious. ‘I had a perfectly happy childhood’, she says, hesitating a little. ‘Except we did have to... END_OF_DOCUMENT_TOKEN_TO_BE_REPLACED

My coaching client, B, is looking at the floor. He is six months into a promotion, struggling to grip the astonishing slipperiness of the new skills the job needs. ‘I suppose’, he says slowly, ‘I’m a bit of a fraud.... END_OF_DOCUMENT_TOKEN_TO_BE_REPLACED