Home » The Blog » Being merciful about Boris 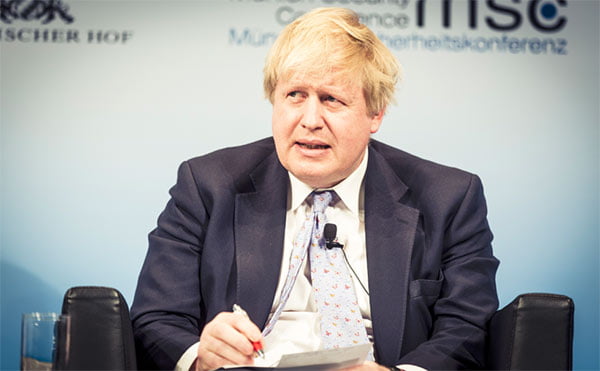 So, it’s Boris as Prime Minister.

This is despite sustained campaigns of vilification by so many people, including the Guardian, which ran piece after piece about his alleged sins and Channel 4 which did a whole programme on the same themes. I cannot remember any other prime ministerial candidate who has been subjected to this level of hostile scrutiny: his propensity to make up anti EU stories, his infidelities, the question about how many children he actually has, his quixotic changes of mind and apparent lack of personal values … on it goes and on.

As an executive coach I am interested in the person behind the myths, many of them assiduously generated by Boris Johnson himself. As I would with any coaching client, I look to his childhood. Here I see a bleak story of very young parents with a lot less money than their glossy family histories would suggest was likely.  I see Boris as an eldest son with a sibling born only a year later and then with two further siblings, with a father who was struggling to establish himself as a journalist, politician and environmental campaigner, often absent and often involved with women other than his wife. I see a family short of money where they moved house 32 times. I see a fragile mother with serious mental health problems who was hospitalized for long periods and was then diagnosed with Parkinson’s disease at only 40.  I see a family where ‘discipline’ could be harsh and where sibling competiveness was enshrined and relentless. I see a marriage where, when Boris was only 14, his parents divorced.

The young Alexander de Pfeffel Johnson was a shy boy. He was sent away to boarding school very young. This has been well described as ‘privileged abandonment’. Here he realised that ‘Al’ or Alexander, the name he was known by in the family, had to go, and he constructed a survival identity as ‘Boris’. How brilliant this was: an old fashioned, possibly slightly foreign and unique name, a risk. But it paid off. ‘Boris’ became a witty comedian, a self-mocking brand, nothing was ever truly serious, even politics, it all depended on the mood of the moment. I feel for that boy, I see his dilemmas. His needs are so clear: unconditional love, benign attention and approval – all those things, vital to emotional health, that he probably never had in sufficient quantity.

When I have expressed these ideas to friends and colleagues they have looked at me with incredulity and disappointment. They tell me that I’ve gone soft. They describe their horror at the damage they believe he will inflict on our nation. They remind me that Boris Johnson is not my coaching client and that a cocksure man, such as he, never would be a coaching client because he is seemingly so pleased with himself. This means, according to them, that I have no need to be, as one colleague put it, ‘so bloomin’ non-judgemental’. One dear friend told me very seriously that I was at risk of seeming sanctimonious.

One reason that I can be so sanctimonious, if that is what it is, is that I see how powerfully system dynamics are at play here. Whatever his unique talents, and he does have many, the success of Boris Johnson has not got much to do with who he is. It has everything to do with the slow suicide of our two formerly great political parties, each caught up in strangulating squabbles with extremists of different kinds.  My guess is that Boris himself will see this with perfect clarity.  Emotionally he may still be much like that little boy who lived through the painful battles of a failing marriage and absent parents. Intellectually he is gifted.

Giving amusing speeches works when you are campaigning. But government is about making tough choices where you are absolutely bound to upset a lot of people, the very thing that ‘Boris’ cannot bear.  The risk for us is that he will be unable to abandon ‘Boris’, the comedy improviser, the protective character he created in order to survive. Indeed he may no longer know who the ‘real’ person is or could be.  Most probably he never will, so we will have to live with the results.

My coaching client, B, is looking at the floor. He is six months into a promotion, struggling to grip the astonishing slipperiness of the new skills the job needs. ‘I suppose’, he says slowly, ‘I’m a bit of a fraud.... END_OF_DOCUMENT_TOKEN_TO_BE_REPLACED

My questioner had had more than a few glasses of Christmas cheer and maybe that was why he was eyeing me so beadily. ‘Coaching is just the new snake oil isn’t it? What’s the proof that it works?’ A party... END_OF_DOCUMENT_TOKEN_TO_BE_REPLACED

I watched the recent film featuring the astounding Dr Gabor Maté. It’s called The Wisdom of Trauma (www.thewisdomoftrauma.com). It shows vividly how much dysfunctional human behaviour is explained by early childhood trauma. You don’t have to look very far, for... END_OF_DOCUMENT_TOKEN_TO_BE_REPLACED

It’s amazing how much you need a working shoulder on your dominant side in order to do everyday tasks. If you or someone close to you has a shoulder injury or is getting a shoulder replacement, here are my top... END_OF_DOCUMENT_TOKEN_TO_BE_REPLACED