Home » The Blog » When is it ok to talk about yourself in coaching? 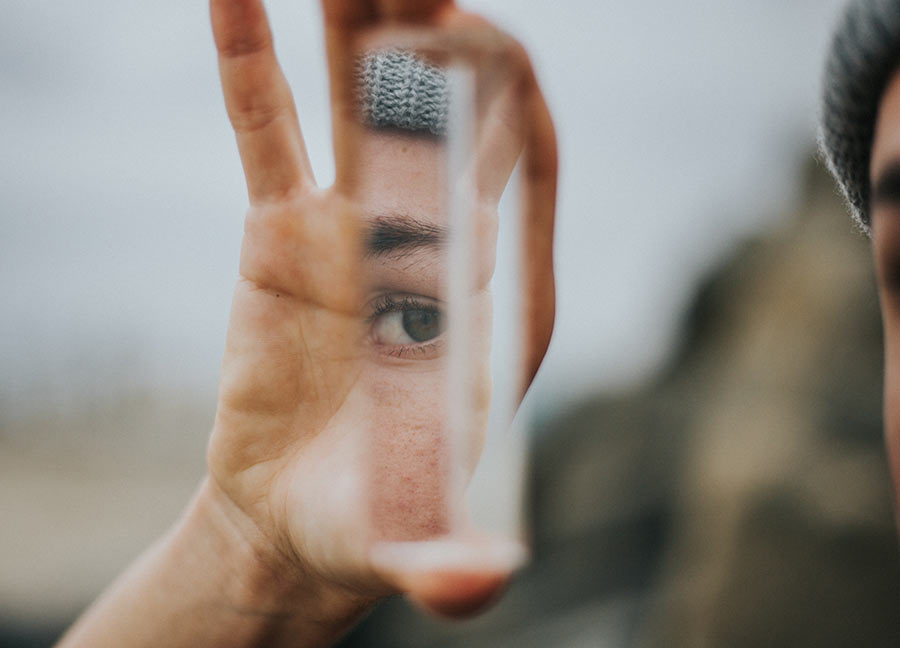 A thoughtful participant on our recent coach training course at the Guildhall School of Music and Drama raised this issue.

‘It feels as if sometimes it might be useful to say to a client that something similar has happened to me. But is it?’ In ordinary life we do create rapport with friends and family by emphasising our similarities and it can seem as if it would help the same thing to happen in coaching.

Mostly I think the answer is ‘no’ but as with everything else in coaching, there is always a disclaimer – ‘It all depends’.

Here are some of the reasons for keeping your own experience out of the picture.

You can never truly know your client because even the most apparently candid client will be keeping something back, not necessarily on purpose, but because there is a limit to how much explanation is possible in the limited time available in a coaching session. They may also still be asking themselves how far they can trust you with sensitive matters. This means that much of the relevant data will always be invisible to you as their coach.

It is most unlikely that your experience will be identical to whatever the client has described. If you assume that it is, it could lead you down all kinds of undesirable paths, including offering the advice that worked for you. This will be like hearing the client saying that they have problems with their eyesight and you as the coach whipping off your glasses, saying, ‘Oh, don’t worry, try mine!’

Rushing to offer your own experience may mean you miss what the client needs from you. The initial story is just the headline, but what’s the actual goal? Never make assumptions here until you have asked those classic goal-setting questions. Goals are shape-shifters and the real issue usually emerges well down the track.

A more subtle reason for holding back is that the client may not want to see your own vulnerability. Of course they know rationally that you are likely to have problems just like everyone else, but for purposes of the coaching relationship they most likely need you to be a steady presence.

Therapists tend to be stricter about boundaries than we are in coaching. The reason is that it protects client and practitioner from developing inappropriate relationships. Keeping the practitioner’s personal life out of it is one way to avoid giving signals that could be misunderstood by a vulnerable client.

I once observed a coaching session in my role as assessor where the client was describing the agonies of whether to come out as gay to his parents. The coach was also gay. He embarked on a lengthy account of how difficult it had been to do just this with his own parents. They were evangelical Christians who believed that homosexuality was a sin. He described how his revelation had created long standing difficulties between himself and his parents. The client seemed stunned and I heard him stammer, ‘Oh dear. I’m so sorry, how are things now?’ The coach replied, again at length, and soon the roles had switched and the client was attempting to coach the coach. Nothing of value happened in that session; it was entirely derailed by this well meant intervention.

All of this is why the safe rule is: keep yourself out of it.

However, sometimes there is a case for disclosure. When there has been a major upheaval in your own life it may matter to explain it briefly to the client, saying that they may notice some differences in your manner but reassuring them that you are in a good enough state to work with them.  I did this in the first few months after my husband’s death. I did not want clients to feel that any tiny changes they noticed in my normal behaviour were a judgement on them. But nor did I want them to feel that they had to console or counsel me, so I kept it brief. Even so I was touched by the many who sent beautiful letters and small gifts.

Now and then a client may raise an issue which has immediate bearing on your own situation. Here you may need to say that their description has triggered something for you. This happened to me only a few weeks ago when a client was describing his shock when his child announced that he was transgender. I said, ‘I need to tell you that I have very recently experienced this myself with a close family member. But I’m not assuming that my experience is like yours.’ The client nodded quietly and we moved on in the discussion.

On another occasion a woman coach I was supervising described a session where the client had been profoundly upset by being the target of a violent mugging. The coach had experienced something similarly distressing only a few weeks before. The coach said, ‘I felt I had to say it. The conversation stopped. I suggested we got up and took a few moments to step outside into my garden. We did. Somehow a hug happened. No more words. Then we came back indoors and the session continued fine. It felt absolutely right to have done that.’

Another possibility is to describe your own situation outside the coaching session itself. So at the point where a client is leaving, you might say, ‘As I was listening, I was remembering my own situation where [you describe what it was] so I can imagine a little of what you were describing.’ Coaches who do this will almost invariably find that the client expresses no interest whatsoever in following it up. If they do and if you feel you have some valuable personal contacts or books and websites to recommend then you will have permission to share what you know without any expectation that the client will make use of whatever you have suggested.

When you are still building your hours as a coach, I recommend sticking to the no-disclosure rule. It’s safer and nothing terrible will happen if you keep your own history to yourself, whereas there are considerable risks if you do disclose. It’s a way of marking the boundaries between coaching and a supportive conversation between friends.

It’s always a fine line in coaching between appearing to be perching on a lofty pinnacle where you never reveal any vulnerability and offering your own story to the client. My own practice is to ask myself, ‘Why do I want to make this disclosure? Whose interest is it in?’ Where the answer is that it’s about my own insecurities, it’s better to remain silent. If it seems genuinely for the client’s benefit, then it might be one of those very rare occasions where I should speak about what happened to me. There’s no one right way. If you feel you have got it wrong, take it to your supervisor for another view, and possibly for some classic ‘absolution’. I speak from experience here about the healing power of this kind of conversation.

The Queen arrived at my door. She stood there, a sturdy figure, wearing an elegant pale blue coat, a jaunty hat in matching blue with one of her Launer handbags looped over her left wrist. I didn’t invite her in,... END_OF_DOCUMENT_TOKEN_TO_BE_REPLACED

So you got the job and you’re now Director, or VP, or Chief Officer for – whatever. Congratulations! I’m delighted when coaching clients get that promotion. But it’s no surprise when about six months later they reappear in my coaching... END_OF_DOCUMENT_TOKEN_TO_BE_REPLACED

It’s a first supervision session for this coach and I’m exploring how her early life shaped her adult beliefs and behaviour. She looks dubious. ‘I had a perfectly happy childhood’, she says, hesitating a little. ‘Except we did have to... END_OF_DOCUMENT_TOKEN_TO_BE_REPLACED

My coaching client, B, is looking at the floor. He is six months into a promotion, struggling to grip the astonishing slipperiness of the new skills the job needs. ‘I suppose’, he says slowly, ‘I’m a bit of a fraud.... END_OF_DOCUMENT_TOKEN_TO_BE_REPLACED